A new air service between Newcastle and Exeter takes off for the first time today.

Launched by Loganair, the UK's largest regional airline, it means the restoration of the route which was left vacant after the collapse of Flybe earlier this year.

It will see twice weekly flights on Monday and Friday throughout winter with lead in fares of £54.99 each way. 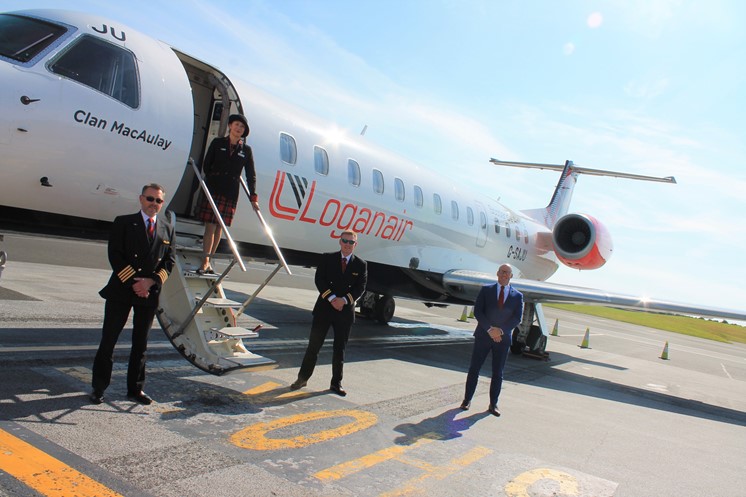 Loganair's recently launched summer 2021 schedule spoke of enhancing it to a daily service Monday to Sunday from March next year, with a double daily on Fridays.

Kay Ryan, Chief Commercial Officer at Loganair, said “We’re pleased to be able to restore yet more UK regional connectivity with the launch of our flights between Newcastle and Exeter. For many, Summer holidays this year were a write-off, so we’re confident the introduction of daily flights for the summer 2021 programme will be especially welcome for families looking to make the most of next year, as well as for businesses as market conditions improve.”

The news follows the launch last Monday by Loganair of an additional daily flight from Newcastle to Aberdeen. The airline now flies two return services to Aberdeen every weekday and one return service every Sunday, bringing the total number of flights each week to 22 between the two cities.

In the early stages of the COVID-19 pandemic, flights between Newcastle and Aberdeen were suspended for two months, but on June 1, Loganair became one of the first airlines to resume a limited schedule from the Airport.

Richard Knight, Chief Operating Officer, Newcastle Airport, said: “In recent years Loganair has invested significantly in the North East by serving key destinations such as Aberdeen, Stavanger and Southampton. The airline also provides many connections beyond these airports, including to the Scottish Highlands, Scandinavia and most recently Jersey and Guernsey - now accessible on one single ticket via Southampton thanks to a new partnership with Blue Islands.”