In 2020 Newcastle International became the first airport in the UK to operate a fully electric airside bus – a landmark achievement in the Airport’s Net Zero Carbon 2035 strategy. 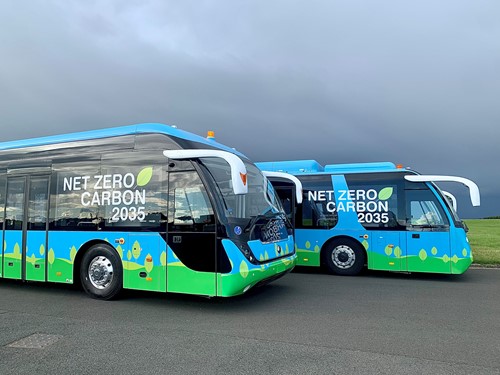 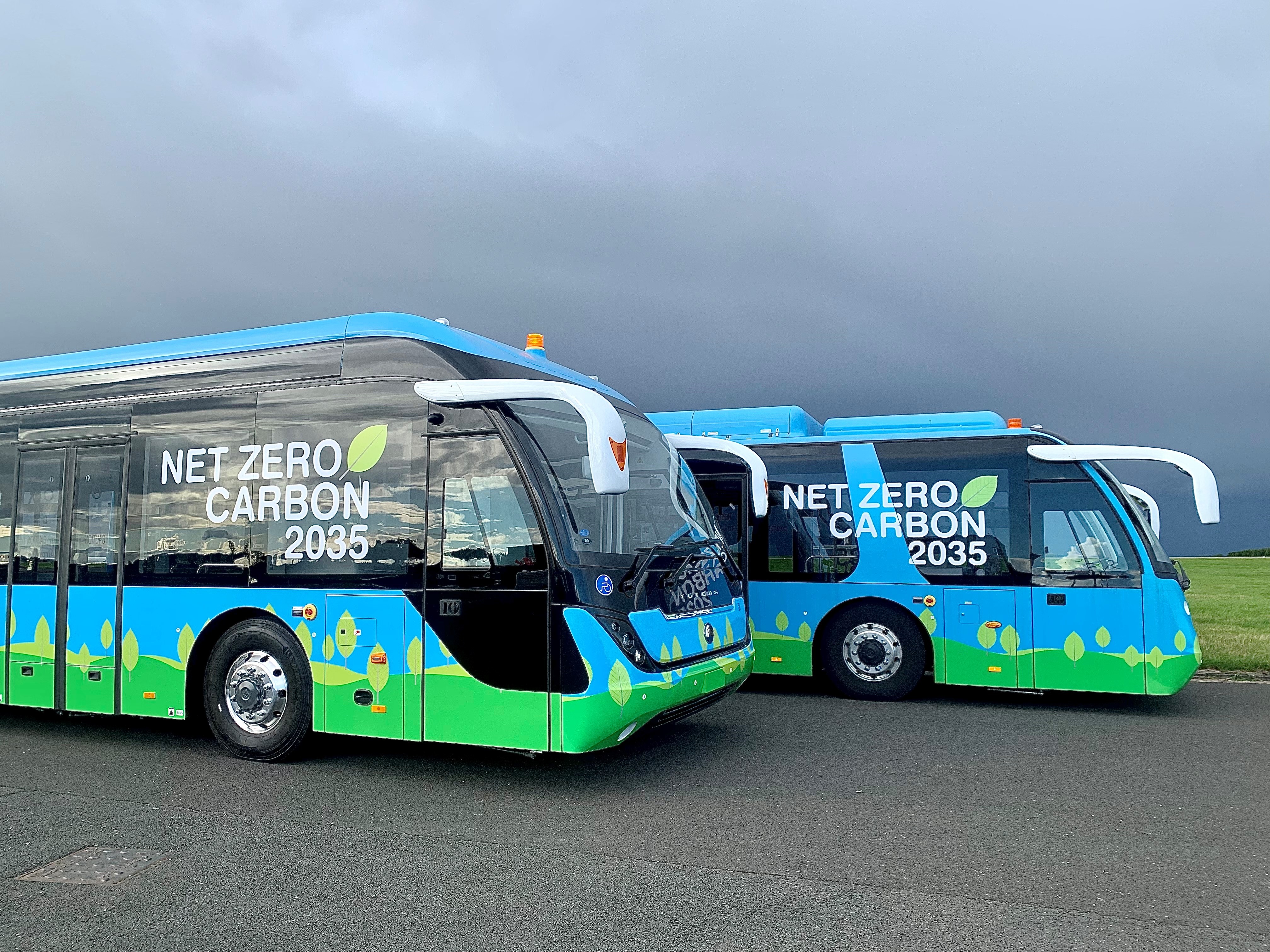 The arrival of the second electric bus further embeds low carbon solutions within the Airport’s infrastructure, driving the business towards its ambitious goal to be Net Zero Carbon by 2035.

The Yutong ABe14 electric bus, supplied by Pelican Bus and Coach, replaces an existing diesel bus saving approximately 4 Tonnes C02e per. The electric bus will transport passengers between the aircraft and the terminal for up to three weeks between charges.

“Working closely again with Pelican and Yutong, we are happy to announce that our second fully electric airside bus is now in operation at the Airport, bringing us another step closer to achieving our goal of becoming a Net Zero Carbon Airport by 2035.

“The introduction of the new electric bus increases the efficiency of the Airport’s operations as well as reducing our carbon output, by removing the need for two diesel busses which are coming to the end of their life.

“With the plan to eventually have a fleet of electric airside buses over the coming years, the addition of our second EV bus solidifies our commitment to becoming a more environmentally friendly business.”

“It was a pleasure to work with the team at Newcastle International to bring into service the first electric zero emission airside bus in the UK in 2020, and it is really positive to see the airport making a further significant commitment and investment in low carbon transport. This additional bus will further reduce both the Airport’s carbon footprint and vehicle operating costs as well as offering passengers an enhanced experience on their journey to and from their aircraft.”

The new electric bus is part of a fleet of electric vehicles planned to be introduced across the airport over the next 13 years.

In addition to investing in greener transport solutions, the Airport recently planted over 8,300 trees as part of the North East Community and plans to source its electricity demands via the completion of a four-phase solar farm project by 2035.