The ‘low cost’ airline announced the route at the beginning of October, and will operate flights twice-weekly between Newcastle and Paris Orly from now until the end of March 2022. 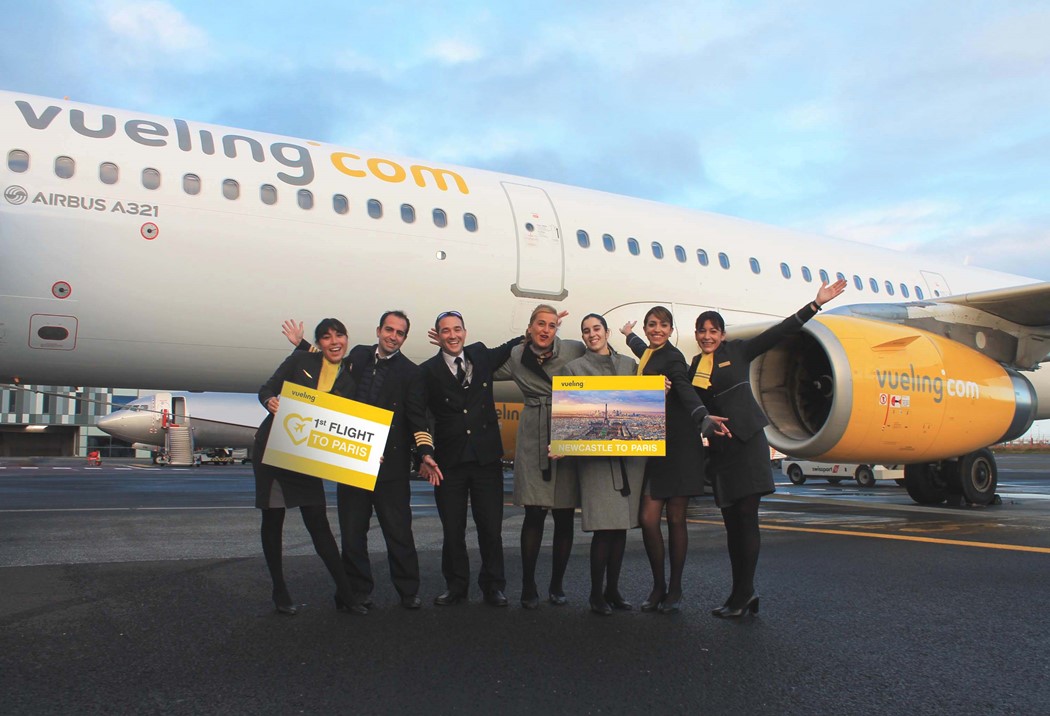 With fares starting from just £30.99 one way, and operating every Thursday and Sunday, the route provides an additional, low cost, service to the French capital from the North East’s largest airport.

Charlotte Dumesnil - Director of Sales, Distribution and Alliances: “We are delighted to announce Vueling’s first flight between Newcastle International Airport and Paris Orly today. Vueling's goal is to keep on contributing with the tourism industry, and the choice to add new routes between the UK and France goes precisely in this direction.

“The desire to travel is still present and we are prepared to offer our customers new popular destinations, for both holidaymakers and business passengers, as well as great value fares for all types of travellers”.

Famous landmarks in Paris include the 300m high Eiffel Tower, as well the world’s most visited museum, The Louvre. Visitors are spoilt for choice when it comes to well-known attractions and landmarks.

Leon McQuaid, Head of Aviation Development at Newcastle International Airport “The start of Vueling’s flights to Paris today further enhances the region’s connectivity and adds even more flights to this major European city from the Airport.

“A city break to Paris should be on everyone’s bucket list and with flights every Thursday and Sunday, Vueling’s schedule lends itself for passengers wishing to enjoy a long weekend in this stunning French city.”

For further information and booking: www.vueling.com.